Position Feedback | What You Need to Know

In many motion control applications, such as robotics and automated manufacturing, tracking shaft position is critical to ensuring the smooth operation of the devices at work.

One of the best solutions is the implementation of position feedback in encoders to account for precise positioning at any point during shaft rotation.

Feedback is simply a signal sent back to a servo drive or controller to communicate a measured value, such as voltage, velocity, current, torque, acceleration, or positioning. Feedback encoders are typically integrated into motors or loads to communicate position or velocity. 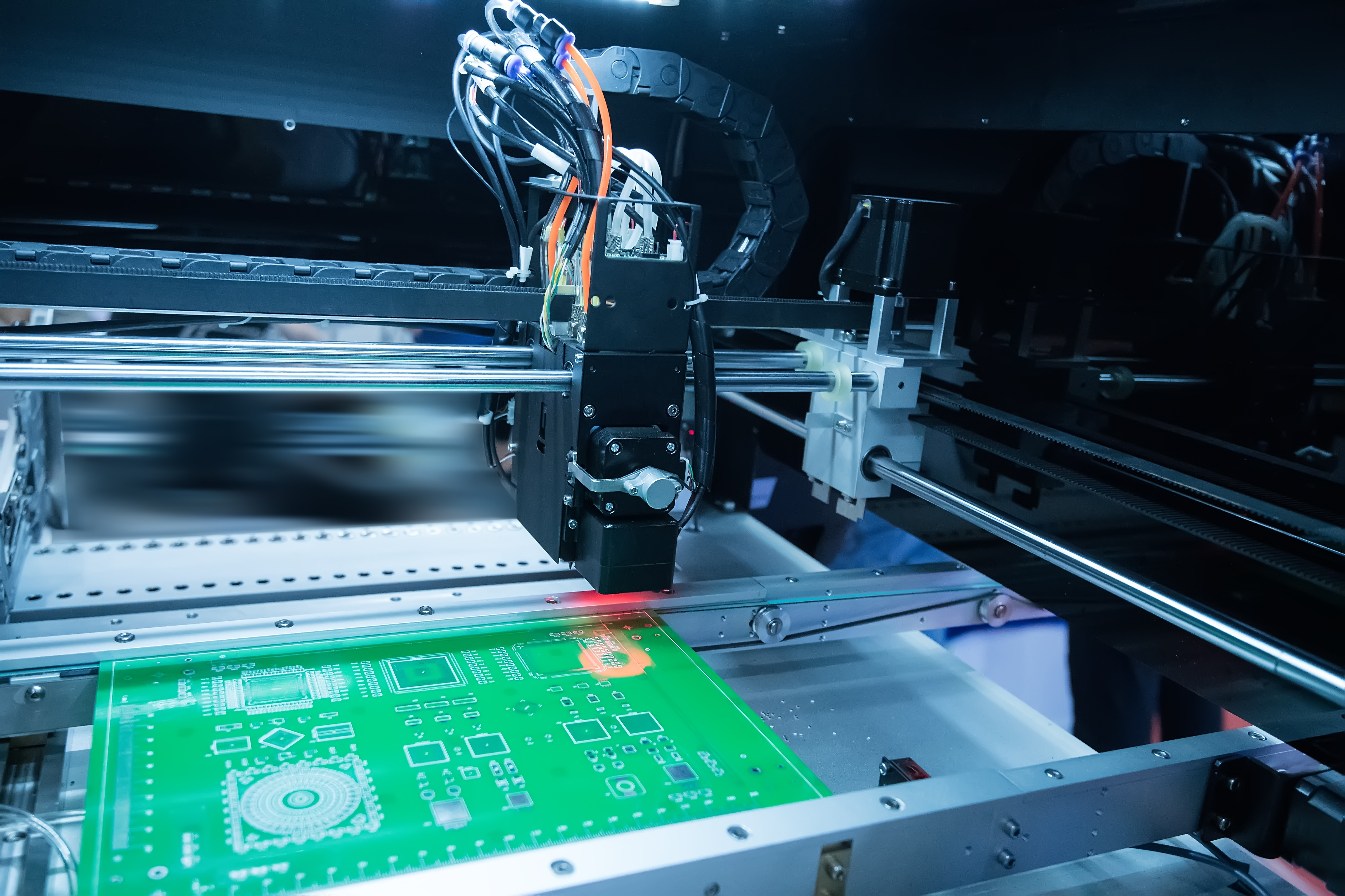 The addition of a feedback device into a motion application creates a closed loop system, where the servo drive or controller is able to compensate for disturbances in the motor or load by adjusting the output to reach desired values. Position feedback communicates the angular position of rotary motors  or the linear position of linear motors.

Incremental feedback operates by scanning lines on a disk and converting these patterns into electrical pulses or sine/cosine signals that are then sent to the servo drive. The drive then measures the movements in increments that occur in one direction or another. 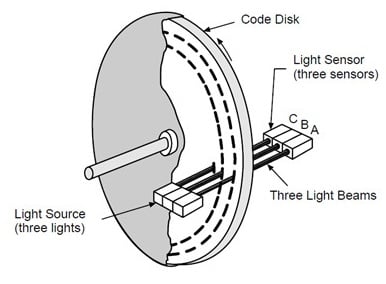 Incremental feedback encoders can only track actual position after performing a homing routine where it establishes a reference point for rotation. This means it needs to move to a known location such as an endstop, or pass a homing switch or index pulse.

Once the motor reaches a known position, the system can then track position like absolute feedback does. Unfortunately, glitches can be a common complication, as well as lost supply voltage that will cause the incremental system to lose its reference point.

If the system were to shut down, the position information would be lost and the homing routine would need to be run again.

A real-life example of a homing routine would be in an inkjet printer.  When it is first turned on, the printhead travels back and forth over the width of the print area as part of the start-up process.

The TTL Incremental Encoder uses a photo detector to convert light into signal pulses. Essentially, a light source shines through slits (or lines) on a disk and the photodetector converts this into electrical signals under channels A and B. 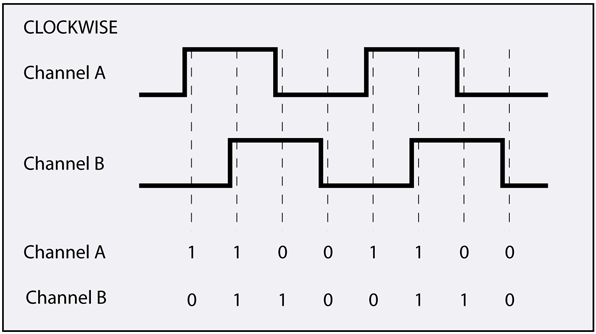 Resolution is digital and based on the number of lines or counts (4x lines).

But for a more accurate and absolute measurement of position, the addition of another signal, sometimes referred to as the index, marker, or channel I, is required to mark the absolute position of the motor within 1 revolution. 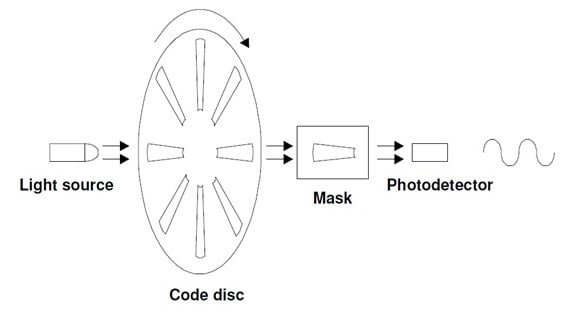 By analyzing these four states, the encoder can track position by counting the direction of each pulse from a starting point.

The Sin/Cos Incremental Encoder is very similar to a TTL Encoder, but use analog Sin and Cos signals for channels A and B.

The ratio between the Sin/Cos signals allows interpolation between "counts" which greatly increases the resolution.  2048 additional counts (or more) can be interpolated between each standard count. 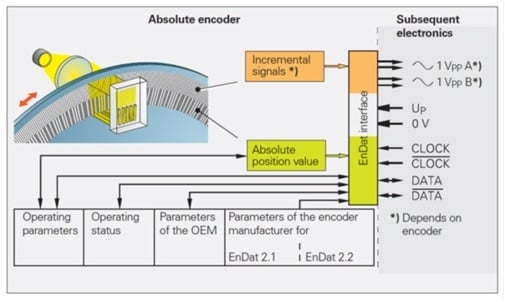 As opposed to incremental feedback, absolute feedback encoders rely on a coded disk that spins with the shaft to provide absolute positioning feedback. A decoder is employed to read these values using either binary, grey, or grey excess code. This is communicated with the servo controller over a serial channel.

These systems are far more complex than incremental feedback encoders and will always track the actual position of the shaft. 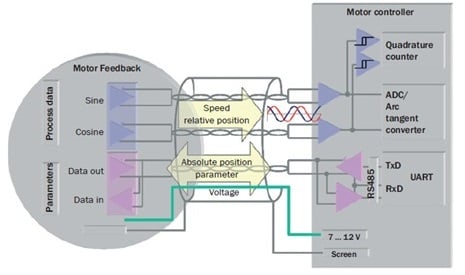 Absolute encoders track and store position data, which are then fed back to the controller over a serial channel. Every position of the shaft or load is marked during rotation, so that position is always known.

Linear encoders are able to track feedback directly by implementing a position encoder on the load, while encoders on a rotary motor report feedback on the load’s position indirectly.

This is useful for linear systems and other applications where the range of motion requires more than one motor turn. It’s comparable to a mechanical odometer in a car. 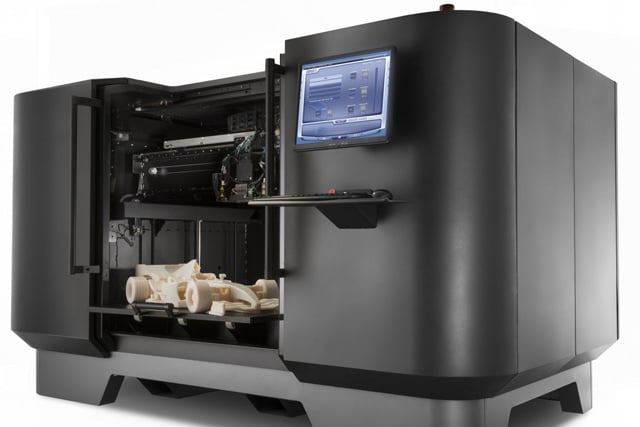 Absolute feedback is preferred for applications where position information is necessary and a homing routine can't necessarily be performed. This would involve any application that can’t make a full 360 degree turn, such as a cobot or applications with gear ratios other than 1:1.

Consider how bad it would be for a 3D printer with incremental feedback to lose track of position if power is lost.

The most common applications for absolute encoders include:

ADVANCED Motion Controls has a variety of different drives for different kinds of feedback. For additional information or questions pertaining to Position Feedback, contact us today.

Increase your motion control knowledge every month for free!

We use cookies to ensure that we give you the best experience on our website. By clicking Accept, you agree to our cookie policy and usage. ADVANCED Motion Controls will never sell your personal information.I AcceptDenyPrivacy policy
ADVANCED Motion Controls protects and does not sell any personal information we collect to third parties. We use cookies only to improve your experience with us. Do you still wish to revoke cookies?Revoke cookies