Above all else, military and aerospace equipment needs to be reliable and responsive when in the line of duty. Because of this, ADVANCED Motion Controls® has become a trusted motion control supplier for many defense contractors.

A Shift in the Industry

The use of automated technology in military combat has increased dramatically over the last half-century. From installing 360 degree electro-optical sensors on vehicle systems to providing consistent and reliable motion on gun turrets, aerospace and defense industries rely on motion control applications that offer mission-critical processing in the most dangerous of situations.

This has forced a shift toward more intelligent motion control devices that rely on remote I/O and advanced logic controls. Fortunately, intelligent motor control centers are not the stuff of science fiction and have blossomed into a multi-billion dollar industry. With automatic countermeasure systems, military vehicles can automatically launch disabling shots that take out incoming projectiles before they launch, essentially creating a shield around the vehicle.

With more intelligent devices, operators can benefit from greater responsiveness and also lower costs. Without the need for manual operation, intelligent motor control centers can save on both the labor, delays, inaccuracies associated with manual operation. At the end of the day, this means lives saved. 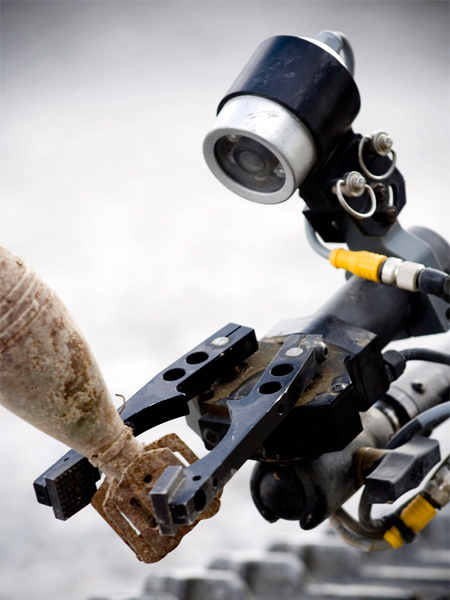 But intelligence is just one piece of the pie. Defense industries also require top-of-the-line servo drives in terms of responsiveness, reliability, and performance in order to complete to deliver the necessary results.

For example, our drives have been employed for other military applications, including remote operated vehicles designed to disarm mines and perform dangerous reconnaissance missions, keeping humans out of harm’s way. For example, ADVANCED Motion Controls manufactured custom servo drives for QinetiQ’s TALON family of robots. These robots are designed specifically for explosive disposal and search and rescue. These robots have been used in Iraq and Afghanistan, as well as in the aftermaths of the 2001 World Trade Center attack and the 2013 Boston Marathon bombing. This robot’s motion control system needed to meet the strength and precision requirements for such critical operations. 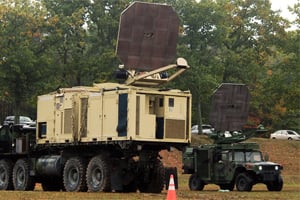 Our servo drives have also been featured in military active denial systems for area denial, crowd control, and perimeter security. These are large non-lethal devices used by the US military to discourage people from approaching designated areas by directing intense heat in their direction. In layman’s terms, it’s a targeted heat ray. The contractor had worked with ADVANCED Motion Controls previously, so they knew we could develop a solution that met all the necessary requirements. Sure enough, AMC provided a system that delivered the smooth rotational movement necessary to target personnel at impressive distances.

Not only does this equipment need to meet the voltage requirements to power these advanced devices, but also the torque, velocity, and positioning requirements to ensure smooth and reliable operation of industry-specific functions. ADVANCED Motion Controls works carefully with our customers to carefully craft motion control solutions that hit all the specs they’re looking for, and the defense industry is no exception. We know that “close enough” won’t cut it. 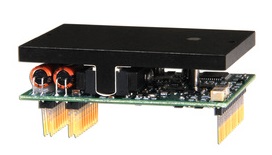 Equally as hazardous, high altitude pressures in aerospace can cause electrolyte evaporation that short or damage circuitry and operation in real time.

But military equipment must also survive at the harshest of conditions, whether it’s in the desert or at sea. Conformal coating ensures that even our PCB mount servo drives can survive at sea or at high humidity where they would otherwise be susceptible to moisture contamination. 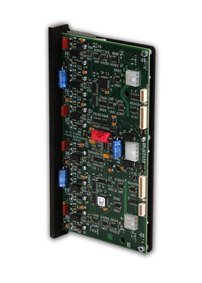 And of course, mobile military equipment needs be tough enough to take a beating. It’s just the nature of battle; things are going to get knocked around. Many electronic devices simply aren’t robust enough to handle that kind of abuse. This is why many military motion control applications use resolver feedback. Resolvers measure rotor position simply with inductive coupling, so there’s no need for optical sensors, glass discs, or electronic components on the feedback end that are susceptible to damage. For this reason, AMC has a selection of digital drives that support resolver feedback. We even manufacture off-the-shelf extended environment servo drives, as well as modified solutions, able to survive intense shock vibrations on the battlefield.

For more information about how ADVANCED Motion Controls servo drives for the military and aeronautics industries, contact us today!